Learn about the sexy star of the hottest real estate shows on Bravo!

Tracy Tutor Maltas is a name that needs no introduction. She is a celebrity real estate agent who has appeared on a reality TV show and has made a fortune by closing some of the biggest real estate deals in the United States.

Known to have extremely good looks and powerful personality, Tracy has acquired a huge fan following who follow her for advice in the real estate world.

It is no surprise that Tracy is a natural when it comes to real estate industry. She has learned some very valuable tricks of the trade from her father and grandfather. In fact, Tracy started her real estate career by joining her father’s real estate agency where she worked tirelessly for three years to learn the ins and outs of the industry. 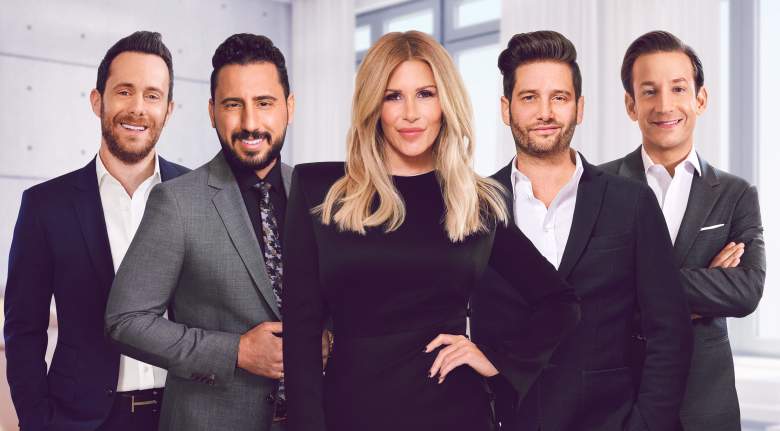 After spending three years and working really hard in her father’s company, Tracy moved on and made a name for her. In her 15+ years of experience in the real estate business, she has made some of the biggest deals in the history of the country. One of her deals consisted of $400 million related to a hotel. She makes deals worth millions each and every year and continues to do so even today.

At one point in her career, Tracy helped in selling a high-end property listing to Edward Norton, famous Hollywood actor for 11.8 million dollars in Malibu. This is just one of the high-profile deals Tracy helped in successfully closing.

She is now working with one of the top real estate agents in America, Douglas Elliman California where she continues to dominate in her field and leads an unstoppable team of real estate agents. During her long and successful career, she has already made high-profile contacts including some of the biggest builders, designers, and architects in Los Angeles.

In 2018, Tracy became the face of the iconic new project West Hollywood Edition Hotel and Residences in Los Angeles. The project was launched in early 2018 but has become a popular name for investors because Tracy is personally handling the project.

Most of her popularity comes from the hit Bravo television show, Million Dollar Listing Los Angeles, where she pairs with co-stars like Josh Flagg to show people the grind of selling real estate in the Los Angeles market.

As far as her personal life goes, Tracy was married for 13 years until she and her husband decided to divorce. The two went their ways because their career was getting in way and both could not give time to their two beautiful daughters. With no time to spend quality hours with the family, the two finally broke up and walked away.  She now has a boyfriend, according to new installments of the show in 2021, so I guess I won’t be lucky enough to find her on the Sweet Sext app.  Rats!

Tracy continues to excel in real estate business and she is an inspiration for many real estate agents who are just beginning, especially women.

How to Pass a Drug Test for Amphetamines (Meth)

Is Kirkland Tequila at Costco Any Good?

The Legend of Zelda: Breath of the Wild gameplay on the Nintendo Switch

How to Prepare for Your First Trip to Pompeii

The Ultimate Holiday Gift Guide for Her

Can I Borrow From My IRA? | IRS Rules and Regulations

Best Precious Metals Company: Which One Should You Select?

How to Prepare for Your First Trip to Pompeii

The Ultimate Holiday Gift Guide for Her

Can I Borrow From My IRA? | IRS Rules and Regulations

Best Precious Metals Company: Which One Should You Select?

No Result
View All Result